Born in Den Helder, Holland, Frans Vermeulen taught at an elementary school from 1970 to 1978. From 1976 – 1983 he pursued his homeopathic education, while beginning his own practice in 1979. At this time, he had begun to translate homeopathic books by masters such as Kent, Allen, Tyler, Vithoulkas, and many others. In 1985 he wrote Kindertypes in de Homeopathie (Children Types in Homeopathy), based on his experiences as both a teacher and a homeopath.

In 1992 he wrote the widely popular Synoptic Materia Medica I, providing a materia medica overview as well as a quick and compact reference. This was followed in 1994 by the Concordant Materia Medica, which was enlarged in 1997 to include Hering’s Guiding Symptoms. Synoptic Materia Medica II broke new ground by focusing on small remedies and the correlations between the sources of the homeopathic remedies and how they relate to the drug pictures. Furthering that theme, Prisma Materia Medica (2002) takes data from non-homeopathic sources as both reference material for the homoeopathic materia medica and as the source of potential symptoms. Frans added two other books, Kingdom Monera and Viruses (2005) followed by Kingdom Fungi in 2007. 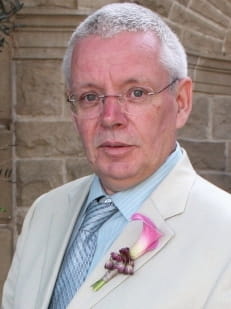