Catherine R. Coulter (b.1934 - d.2014) dedicated her life to homeopathy. Suffering from severe allergies as a teenager and as a young married woman, a friend introduced her to homeopathy in her mid-twenties. She responded immediately to the prescribed remedy (Natrum Muriaticum 200) and became a passionate and lifelong supporter of the homeopathic approach to illness and health.

She studied, taught, and wrote about homeopathy for 55 years, becoming a leading authority in the field of the homeopathic Materia Medica, and a major influence in introducing the homeopathic constitutional types to the general public.

She was an early pioneer in the movement, which continues to this day, to preserve our access to alternative therapies that have been unjustly dismissed by the orthodox medical establishment, and to protect our health freedoms.

Catherine R. Coulter’s books exert a timeless appeal. Her three-volume Portraits of Homoeopathic Medicines, an in-depth analysis of the principal homeopathic types, was twice chosen as one of the “best books of the year,” in the category of non-fiction, by The Independent of London (Vol. 1 in 1986, and Vol. 2 in 1988). The reviewer wrote, “If you are interested in the basic human types out of which we are all made up, then this [book] is for you …" Her style has been described as highly polished, flowing, and luminous.

She was a graduate of Barnard College and Columbia University, and the mother of three children. 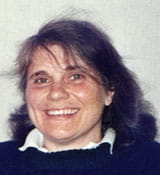